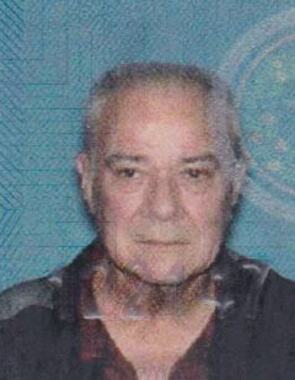 Back to Robert's story

Service for Robert Wesley Rinehart, 72, of Burleson, will be conducted at 2:00 P.M., Friday, January 10, 2020 at the graveside in the Rosehill Cemetery. Reverend David Phelps will officiate. Visitation will be from 6-7:30 P.M. at funeral home.

Robert Rinehart was born December 21, 1947 in Cleburne, Texas to Perry Lee and Willie B. (Wells) Rinehart. He married JoAnn Bettinger on July 8, 1966 in Azle, Texas. He was a retired inspector for Bell Helicopter.

He was preceded in death by his parents; son, Ronald Dwayne Rinehart in 2008; and grandson, Cord Gregory.
Published on January 7, 2020
To send flowers to the family of Robert Wesley Rinehart, please visit Tribute Store.

Send flowers
in memory of Robert

A place to share condolences and memories.
The guestbook expires on April 06, 2020.

A memorial tree was planted in memory of Robert Wesley Rinehart.  Plant a tree

America the Beautiful was purchased for the family of Robert Wesley Rinehart by Walt and friends.  Send flowers