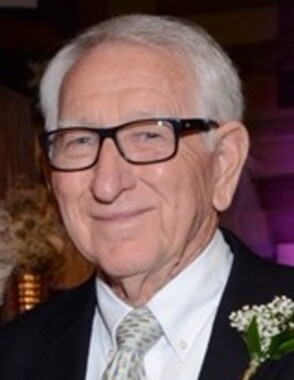 Back to Ivan's story

Services for Ivan Keith Johnson, 84, of Cleburne, will be conducted at 10:00 A.M., Thursday, December 12, 2019 in Field Street Baptist Church. Dr. John Hall and Reverend John Glover will officiate. Burial will be in the Rosehill Cemetery. Pallbearers will be Wes Johnson, Brett Johnson, Tanner Childress, Tiger Childress, Trale Tevis, Ivan Tevis. Visitation will be from 6:00-8:00 P.M., Wednesday, December 11, 2019 at the funeral home.

Keith Johnson passed away Monday, December 9, 2019 in Fort Worth. He was born September 25, 1935 in Cleburne to James and Stella Mae (Walker) Johnson. He married Jeaniv Anderson on August 12, 1955 in Cleburne. Keith was a member of Field Street Baptist Church.

In October of 1961, Mr. Johnson joined the First Armory Rifle Battalion of the 144th Infantry in the 49th Armored Division of the Texas National Guard in Fort Polk, Louisiana. He spent 10 months in DeRidder, Louisiana where he was active in the First Baptist Church. In 1962, he returned to Cleburne where he established Johnson's Transmission Service, which is now owned by his son, Steve.
He and Jeaniv belonged to the Cleburne Curli-Q's from 1976-1992, and the Satellite Trailer Club in 1979. His hobbies included collecting fine Fostoria Antique glass, making Christmas puzzles of which many he completed by framing them. He was also active in Relay for Life. He was famous for his pecan pies and chocolate candies.

Memorials may be to Field Street Baptist Church, Relay for Life and Texas Health Harris NICU.
Published on December 10, 2019
To plant a tree in memory of Ivan Keith Johnson, please visit Tribute Store.

Plant a tree in memory
of Ivan

A place to share condolences and memories.
The guestbook expires on March 09, 2020.

Kim Monk (Elliott)
So sorry for your loss, sending prayers for comfort and healing to all family and friends, Rip Keith
Howard York
Keith was a very gentle and fine person that I didn't get to see enough of rest in piece with God
Buddy and Jan (Walker) Riley

Beautiful in Blue was purchased for the family of Ivan Keith Johnson by Buddy and Jan (Walker) Riley.  Send flowers

Tim and Linda Strickland, Amy, Jennie, Tyler and the clan

Roses and Moonlight Bouquet was purchased for the family of Ivan Keith Johnson by Tim and Linda Strickland, Amy, Jennie, Tyler and the clan.  Send flowers

Bob and Cindy Pritchard
So sorry for the loss of this good man. Our prayers are e
Jason Cech
What a great man. The Cleburne community mourns his loss with your family. You are all in our thoughts and prayers.
Janis & Jimmy Sikes
Praying for y’all. I’m so glad I have one of his Christmas puzzles. Simply Elegant Spathiphyllum was purchased for the family of Ivan Keith Johnson by Craig, Johanna and William Ross.  Send flowers

James & Kathy Moss
Mr. Johnson was a friendly man that you could trust. We send our love and sympathy to Steve & Alicia and family.
Curtis and Jennifer Pruitt

Emerald Garden Basket was purchased for the family of Ivan Keith Johnson by Curtis and Jennifer Pruitt.  Send flowers