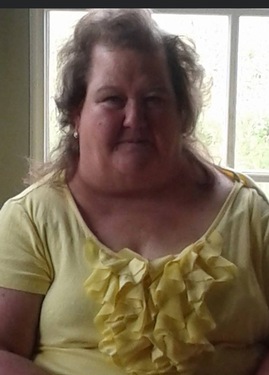 Back to Helene's story

Helene Fowler of Godley, Texas, passed from this life becoming immediately present with her Lord and Savior, Jesus Christ on Thursday, January 16th. Visitation and funeral services will be held at First Baptist Church, Godley. Visitation will be on Thursday from 6:00 to 8:00pm and funeral services will be on Friday at 11:00am.
Helene was born to William "Dub" and JoAnn Hunt of Cleburne, Texas on August 22nd, 1956. She graduated from Cleburne High School in 1976 and married the love of her life, Bruce Fowler, in 1977. She spent the majority of her time as a homemaker, caring for her home, her two sons and spending time with her grandchildren. She was a woman always had a smile on her face. She loved and feared the LORD and served Him faithfully teaching in the children's ministry of First Baptist Church, Godley for over 40 years and in the last few years also volunteering at the churches food bank.
Preceding her in death were her parents, in-laws Glendal Fowler and Royline Orr of Fort Worth, her son, David Lynn Fowler and her brother, Ronny Hunt of Cleburne.
She is survived by her husband of 43 years, Bruce Fowler; two sons, Dennis and wife Julie Fowler; Jeremy Fowler and two grandchildren, Madison and Jaxon Fowler, brother, Randy Hunt and numerous nephews.
Published on January 21, 2020
To plant a tree in memory of Helene Fowler, please visit Tribute Store.

Plant a tree in memory
of Helene

A place to share condolences and memories.
The guestbook expires on April 20, 2020.

Sweet Tenderness was purchased for the family of Helene Fowler by Love,Monica,Kent&Matthew Tatum.  Send flowers

Bruce & Charlene Baskett
She had a very big sweet heart and smile. She will be missed so much in our church. But we have peace knowing she is with the one she loved to serve.
Michael Caldwell

Arrive in Style was purchased for the family of Helene Fowler by Michael Caldwell.  Send flowers

Gwenda Carrell
We went on 3 Mission trips together to minister in Jesus's name. She was an active member of Women on Mission and made many witnessing dolls. We will surely miss Helene but know she is walking with Jesus!
View all