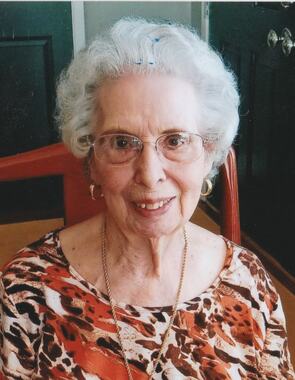 Back to Anna's story

Anna Reba Huneycutt Murray Young passed away peacefully on January 5, 2020 at the age of 95. Born August 19, 1924, to Farrington Huneycutt and Viola Huneycutt, Reba was the oldest of 6 children. Raised in Odessa, Texas, Reba married James Philip Murray in 1945 and had 2 children, Mary and Jim. Reba worked at KOSA, Odessa's local TV station for over 20 years. Widowed in 1999, she married Morris Young in 2001, living in Keene, Texas until his passing in 2009.

Reba was an accomplished artist, avid traveler, gifted photographer, and loved people, her family, and most of all - God. Proceeded in death by her sister, Madre Jean, Reba is survived by her siblings and their spouses Weldon and Billie Jean Huneycutt, Arvil and Johnnie Huneycutt, Cecil and Betty Huneycutt, and Charles and Leta George: children and their spouses, Mary and Ellis Minton, James P. Murray and Lorna Thomas-Murray; 5 grandchildren, 15 great grandchildren, 1 great great grandson and 5 step grandchildren

Services will be held at Lane Prairie Baptist Church in Joshua, Texas on Thursday, January 9, at 11:00 A.M.

In lieu of flowers, donations may be made to the American Cancer Society, or the William Riley Murray Cemetery Trust
Published on January 6, 2020
To send flowers to the family of Anna Reba Huneycutt Murray Young, please visit Tribute Store.

Send flowers
in memory of Anna

A place to share condolences and memories.
The guestbook expires on April 05, 2020.

Sharon & Mike Moody
Reba was married to my daddy, Morris Young for many wonderful years. They never argued except who loves the who the most. I learned so much from this sweet and wonderful lady. She will be missed on earth. Heaven is having a party.
Fritze
Reba,
You left an uneraseable impression on my heart way back when.
Rest in peace and make heaven a fun place for those following behind.
Always in my memories.
View all